For the second consecutive year, women who have achieved leadership positions within the Victorian Public Sector (VPS) will be honoured in an initiative designed to highlight their work, to promote them as role models for other women and to support them in their career aspirations.

The Top 50 Public Sector Women (Victoria) initiative was launched in 2017 by Davidson’s Group General Manager Clare McCartin in a bid to redress the ongoing inequality in female representation at the highest levels of local government. Victorian Public Sector Commission (VPSC) data shows that as of June 2017, women accounted for 67 per cent of the VPS workforce, and yet, they held a disproportionality low 43.5 per cent of executive level positions. While the number of women holding senior VPS positions is low, it has been improving steadily jumping from 40 per cent in 2016 and 34.8 per cent in 2012.

Kelly Grigsby, CEO at Victoria’s Wyndham City Council said it was incumbent upon leaders within the public sector to “set the tone” for gender equality by providing more opportunities for women. 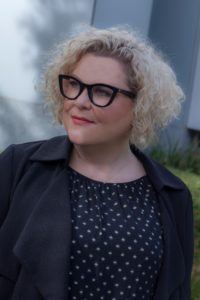 “This is actually a more acute problem across the public sector than we recognise so we have a lot of work to do,” Kelly said. “We have all heard a lot about the benefits of gender balance in the boardroom and in the Executive Team, but the practice of making it happen has to be something that we develop a real persistence about as a society.

“Essentially, we need to be persistent in addressing all forms of inequality so the biggest challenge is to shake free from the ‘that’s how we’ve always done it’ approach. I think we’re all motivated when someone we respect asks us to take on a new challenge.”

Kelly said celebrating the achievements of women was a powerful step in the right direction towards gender equality.

“In doing this, we’re passing on a clear message that we’ve found value in something and we want to see it repeated. This is essentially what we are doing with the Top 50 list; we’re saying that what you’ve accomplished matters and that it’s important and there should be more of it in the future.”

Ben Rimmer, CEO of the City of Melbourne and member of the Male Champions of Change, a group founded to foster gender equality in the workforce, said the need to achieve this goal was “a no-brainer”. 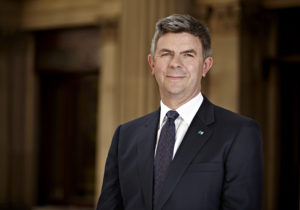 “It is a human rights issue,” he said emphatically. “If we believe in equality we believe in gender equality. While the Male Champion of Change model is controversial, I think it is crucial for us to change the system. The Male Champions of change model takes advantage of the power and the system that has dominated society and harnesses it as a force of good. As more women become CEOs, hopefully we will move to a Champions of Change model. It’s important we get there soon.”

Ben said he had found “mostly” great support from men on his quest to see gender balance realised with the majority understanding the “power of inclusive and authentic leadership”.

He acknowledged the path to gender equality would be difficult to achieve without having the right leadership and structures in place, and conceded that if he could go back in time to earlier in his career, he would listen to his advice of today around balance and care-giving.

Ben added that one step businesses could adopt towards this was the introduction of gender neutral paid parental leave which re-frames and normalises full-time parenting for either gendered parent.

“I think some people can’t imagine a society where men are expected to be care-givers and women are truly supported to work,” he said. “A world where expectations are re-balanced and society is stronger for it.”

“I still come across the mentality that the genders should be divided and women should be at home while men work,” David said. “It still exists for some. I believe part of my role as a leader is to continue to ensure we are having conversations about gender equality and encourage people to challenge old ways of thinking.”

“It is not just enough to say this is what we will do, and by when. As leaders, we need to continue to explain why gender diversity is critical for our business and the services we will provide now and into the future, and more importantly, let our actions lead by example to spread that message.”

David said his own experiences had shown him that a gender diverse workplace leads to more diverse and creative thinking.

“To me, gender equality is non-negotiable,” he said. “It speaks deeply to my values of fairness and our responsibility to make sure that opportunity is something that is provided to everyone.”

There is still time to nominate yourself or someone you work within the VPS for this year’s Top 50 Public Sector Women (Victoria) list. Submissions for the Victoria awards close June 11 and nomination details and applications can be found here. Winners will be announced in August. 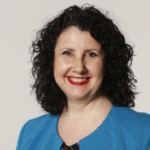 Sharon is a Principal Consultant at Davidson Executive Victoria. With over 25 years’ experience in organisational development, Sharon has expertise in executive recruitment, talent management, leadership development, executive coaching, as well as organisational culture and transformation. She has worked extensively with executive teams and Boards across public, private and consulting sectors, in Australia and internationally.

This article was originally published by the Victorian Women’s Trust.

Gender Equality in the Workforce: Why it needs to be realised sooner, rather than later
9 Jul,2018

Encouraging women to reach for leadership in the NSW Public Sector
2 May,2018

Primary care-giving and leadership in the public sector — ‘the balance has shifted’
18 Jun,2018

How do we encourage more women into executive positions in Australia?
18 Jun,2018
Copyright 2018. Administered by Davidson & IPAA Victoria| Privacy Policy